RIGPRO delivers solutions for the future of upstream oil and gas operations.

Digital transformation is upon us. The shift in paradigm demands innovations and a smart approach to practically everything. With RIGPRO software solutions, we offer you the privilege to be a leader in upstream operations. 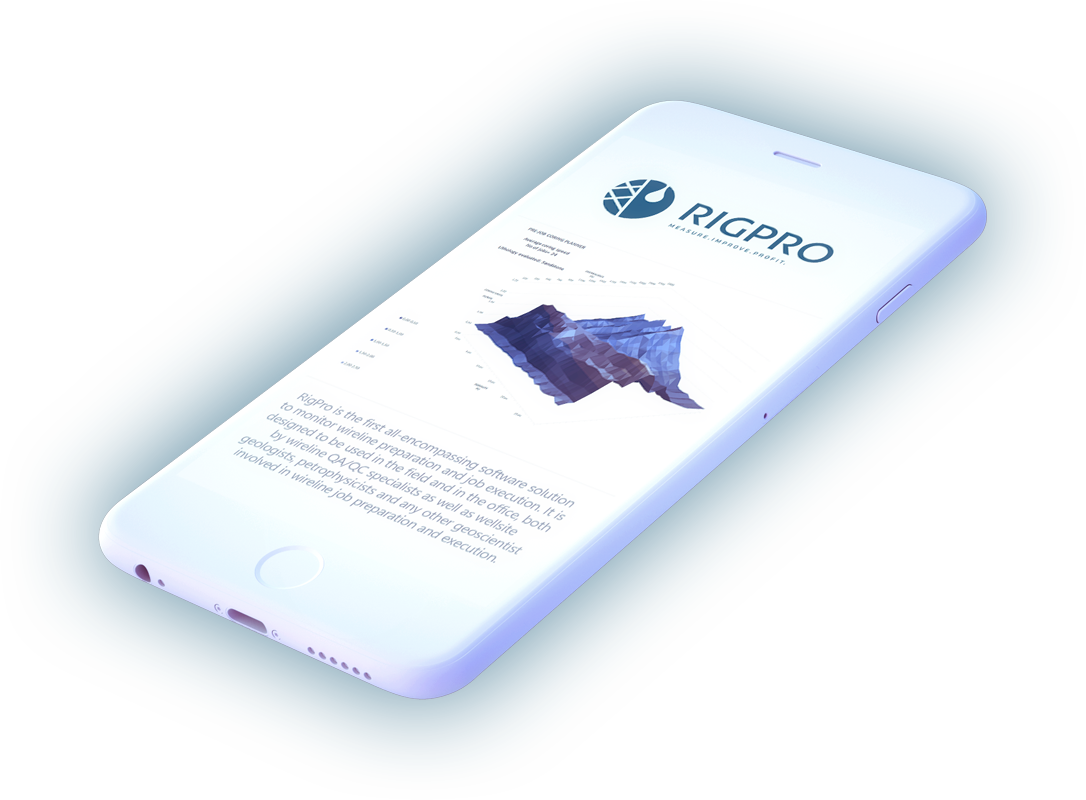 Our mission is to help you tackle the changes in the oil and gas industry. Let us create a sustainable advantage for your operations. We trust the ability of new technologies to make the day-to-day work easier. We believe that automated work processes will go a long way in ensuring overall productivity. The RIGPRO team is a unique synergy of the extensive first-hand experience in managing the upstream operations, coupled with the cream of the crop software developers.

We are your first choice when it comes to creating the oilfield software to support your transition into the 21st century.

How do you benefit from RIGPRO solutions?

Not only are we redefining the existent approach by using predetermined input forms, we are also making it easier to follow the job flow and to be assured every single piece of information is captured. From collecting the information, all the way to the final report, each step of the process is intuitive and standardized. 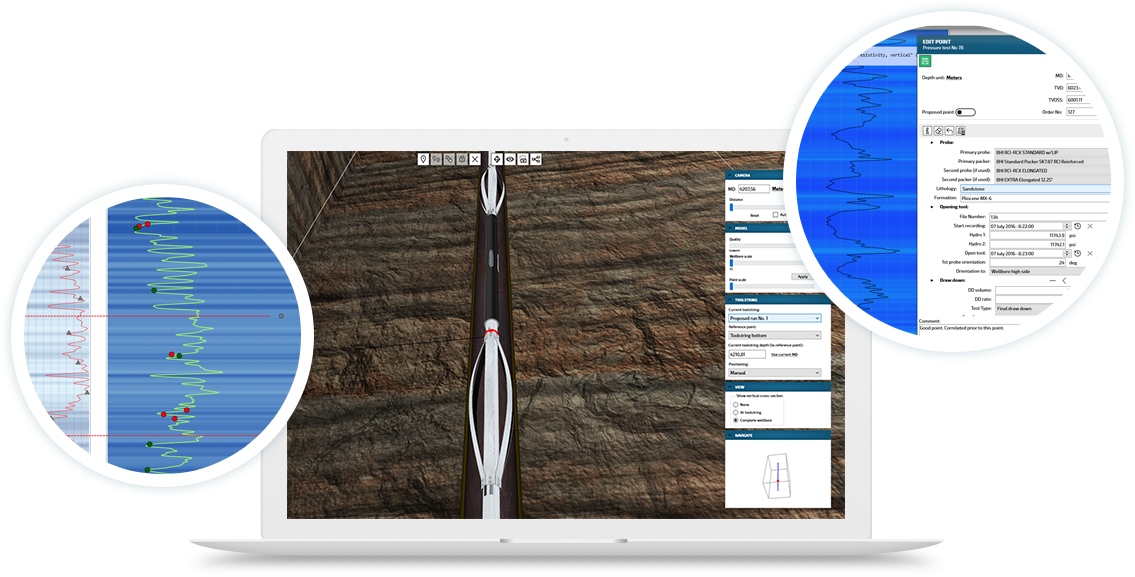 Under the RIGPRO umbrella, everyone with access to the project is continuously up to date with what’s going on during the wireline logging job. From the current tool string depth to the accurate time statistics, any information is readily available. Current problems, as well as potential issues, are distributed across the teams. 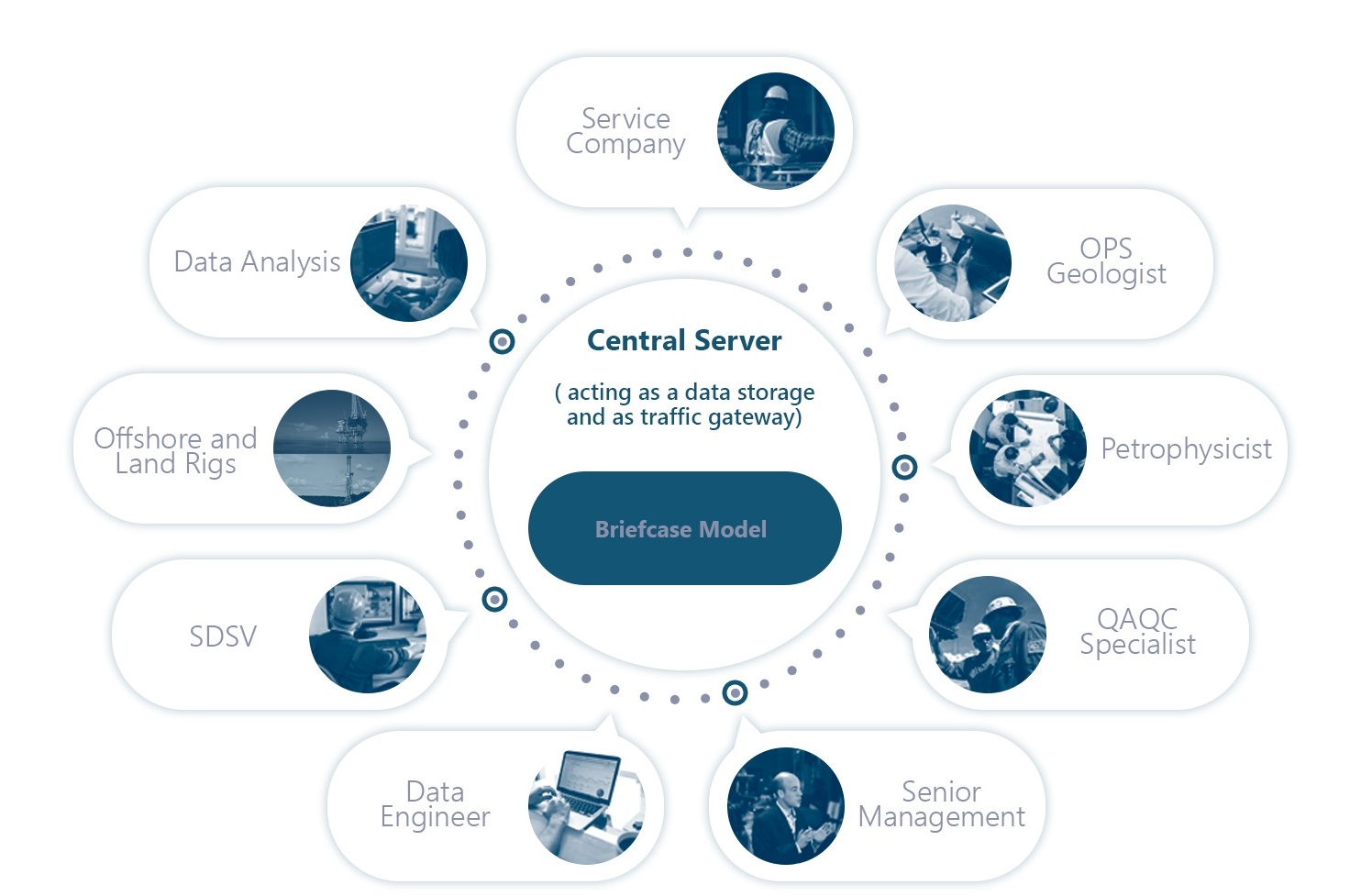 Being in a position to wait for an update via email can be a frustrating communication nightmare. RIGPRO information exchange is fast, efficient and – best of all – not dependent on a field personnel’s ability to take a timeout and jot down an email. With RIGPRO on your desktop and mobile devices, you are constantly in touch with the logging progress. You can see what’s going on, your team in the office knows what’s going on…everyone knows what’s going on. Operational transparency and time efficiency is guaranteed!

This is finally possible during the operation, because you are in the know at all times. Key information is entered once and is reused throughout the RIGPRO platform. Track the logging progress, visualize job flow, QC the data, and monitor tool and crew movements in real-time, all at your fingertips. Say, for example, the logging string is stuck and you need to react fast. You can visualize the logging string in a realistic borehole model within seconds, determine the probable sticking mechanism and quickly decide on a course of action.

This captures that invisible lost time. You don’t need to be a statistician to use RIGPRO data. Numerous built-in reports, charts, and graphs give you instant and informative visual feedback. One client was surprised to learn, based on RIGPRO analysis that invisible lost time - resulting from inadequate moving speeds - amounted to 3 hours on a single job. That was costing our client $210,000. How much does it cost you? 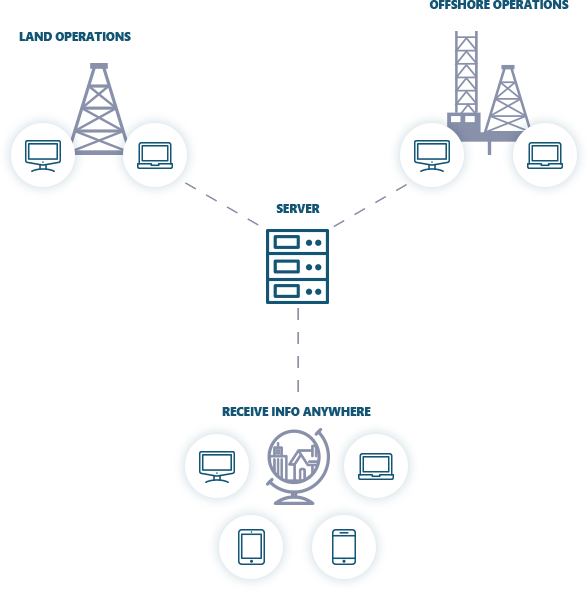 Consider tendering for an upcoming EWL campaign: Is there adequate hard data available to support a particular choice of a service provider? Has the tool reliability been considered? Has historical crew performance been quantified and input into the equation? What about logging speeds? Has the best tool been selected for a given geology, mud system and conveyance method? Get all your answers in a few clicks – let RIGPRO software do the math for you. 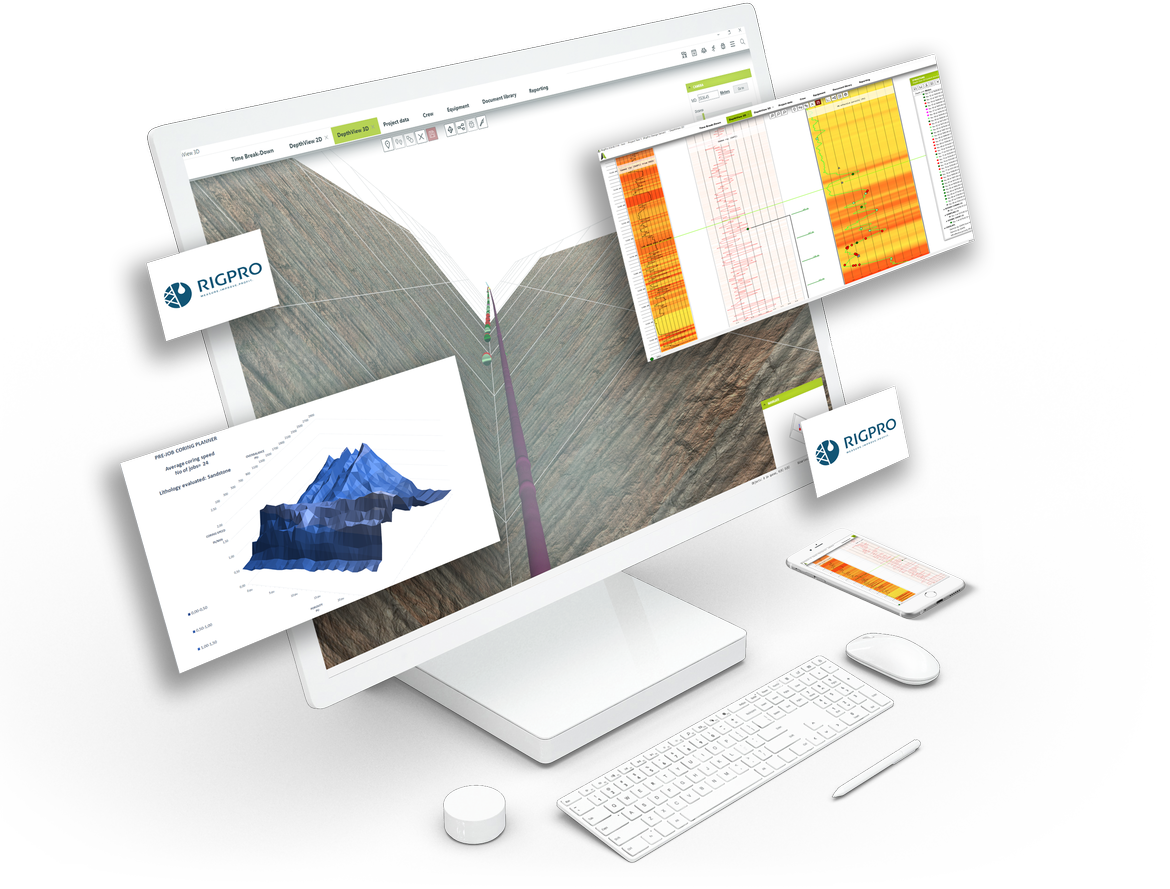 Always at the tip of your fingers. RIGPRO challenges a crucial paradigm of wireline logging QC process, by delivering a database instead of a document. However, everyone still needs reports… which is why there's an easy-to-use module just for that purpose. Now you can create a relevant report in just a few clicks.

See in 3D what is going on 300 miles from the rig. It’s difficult to envision tool-string in an immense, tens-of-thousands-of-feet deep borehole. Use RIGPRO’s advanced 3D borehole and calliper rendering Depth View 3D module that is no longer an issue. Now, you can visualize the tool-string in a realistic borehole model within seconds and quickly decide on a course of action.

A real-life situation: which scenario do you prefer?

Somewhere on the North Sea, it’s cold, windy and pissing rain. The shift is almost over and there is a cup of hot tea with your name all over it, and all of a sudden…a logging string is stuck in the borehole.

The wireline crew is attempting to release the string. After 30 minutes, the company man on the drilling rig is notified. After 30 more minutes of unsuccessful attempts to release the string, the company man informs the office personnel in town. The office personnel communicate among themselves through a chain of phone calls (45 minutes) and request a conference call. An additional 30 minutes are needed to gather offshore personnel into the company man’s office. The conference call commences 2 hours and 15 minutes after the actual ‘Logging string stuck’ event. It takes an additional 30 minutes to update everyone with the key information: logging string configuration, stuck depth, data recorded prior to getting stuck, wellbore geometry, etc.

The logging string is stuck, and the logging witness records this by using the ‘Stuck tool’ event in the Time Breakdown module. This event is sent to the RIGPRO mobile applications across the company. With no new events entered in the Time Breakdown module and after a predetermined threshold of 30 minutes, an alarm is automatically triggered. This alarm notifies company representatives who review the time log, gather all the relevant information in RIGPRO and initiate a conference call straight from their mobile devices. Participants all have the 3D wellbore model available with the actual string configuration and current position. Everyone is now fully aware of the job progress, even before a conference call takes place. A total of only 45 minutes passes between the actual event and the decision-making conference call. Theoretical time saving of over 2 hours, not to mention the cost savings!

Scenario B – RIGPRO solution. The future of wireline operations.